What You Should Know About Fitbit Skin Irritation

The Fitbit rash first made headlines back in 2014. There was a nationwide recall of the Force wearable fitness tracker due to some wearers developing a rash on their wrists. Today, many users continue to report rashes with the latest Fitbit line of fitness trackers and wearables. Most of these problems have been widely documented on forums, message boards, and social media. Here, we’ll uncover from a dermatologist point of view, what the Fitbit rash is all about.

We believe that the rash most people develop from wearing a Fitbit watch is likely a form of eczema, known as contact dermatitis. Contact dermatitis is a common skin condition that develops when your skin is in contact with an allergen or irritant.

This form of dermatitis is the most common and is a result of the skin being injured by chemicals, environmental factors, or friction. It occurs when an irritant damages the surface of the skin quicker than the skin can repair itself. Irritants actually remove moisture from the outer layer of skin, which allows them to go deeper into the skin and cause inflammation.

Irritants that are most likely to cause a reaction are:

As this relates to the Fitbit, rashes may appear from soap becoming trapped between the wrist and watch strap. If this happens frequently, skin irritation is very likely to occur. Keep in mind that the area where the watch is worn is a place where perfume is sprayed, a lotion is put on, and more. Contact dermatitis can happen anytime there is constant friction, pressure, and sweat between the skin and another item.

If your skin is in contact with a substance and has an immune reaction, such as a rash, then it’s likely allergic contact dermatitis. Some people are hypersensitive to certain materials, whereas others could be in contact with the same material and experience no issues. For people with an allergy, the body recognizes the substance as foreign material and releases cytokines. The cytokines activate the immune system and cause dermatitis 48-72 hours after being exposed to the allergen.

The Fitbit rash may be an allergic response to allergens present in the materials of the watch itself. Some of those materials include leather dyes, metals, and rubber accelerators. Exposure to any of these materials can cause a rash to appear on your wrist if you’re more sensitive to the substance. However, nickel is the most likely culprit.

Nickel, which is a material found in several fitness trackers, could be the cause of some flare-ups. Many patients are not aware that they have a nickel allergy until they’ve had long-term and/or multiple exposures to the substance.

The best way to determine if nickel is the culprit is by undergoing a dimethylglyoxime test. If the dye turns pink then that means nickel is present in their skin. In addition, a patch test would need to be given to prove that a patient is actually allergic to nickel. If nickel is not present and the patient does not have an allergy to nickel, then we’d continue to rule out other possibilities. 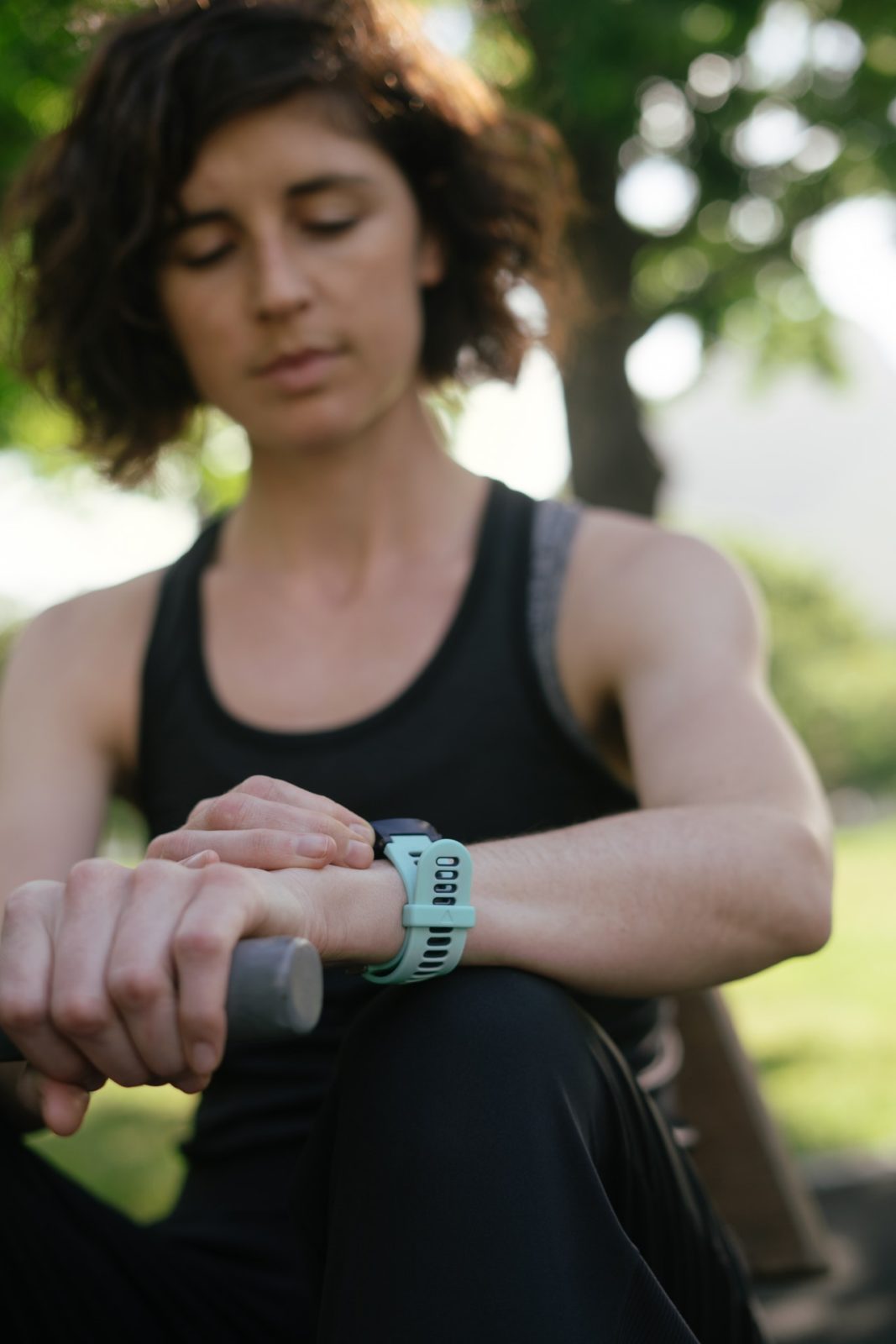 What are the Signs and Symptoms of a Fitbit Rash?

If you have a Fitbit skin irritation, you’ll likely notice the following symptoms at the site:

We recommend that you book an appointment with a board-certified dermatologist if the rash doesn’t go away within a few weeks. However, you should visit a dermatologist as soon as possible if the rash appears suddenly and begins to spread to other areas. If you notice oozing blisters and also have a fever, then you could potentially have an infection. If such is the case, you’ll want to receive treatment right away.

What Fitbit Says You Should Do if You Get a Rash

If you develop a rash, Fitbit recommends removing the device from your wrist for several days to see if the rash disappears. However, if wearers decide to put the watch back on, the rash will likely return. For this reason, it would be best to treat the rash outright, rather than have it come and go with Fitbit usage.

How to Prevent And Heal a Fitbit Rash

There are several actions you can take to prevent or treat a Fitbit flareup. Please consider our recommendations below:

The best solution is to clean your device regularly, especially the band. Bacteria and trapped sweat are common causes of rashes. Thoroughly cleaning and drying your Fitbit after sweating can keep your skin from developing an irritating rash.

#2 Loosen and Remove Your Fitbit Often

We recommend that you wear the tracker as loosely as possible. It should be able to move back and forth comfortably on your wrist. In addition, consider removing your band for twenty minutes each day. You can also switch your tracker from one wrist to another every so often.

One of the most important steps you can take in both preventing and treating a Fitbit rash is protecting your skin’s moisture barrier. The stratum corneum, which is the outermost layer of the epidermis, is supposed to keep moisture in and keep bad bacteria out. Look for moisturizers that include lipids, glycerine, and ceramides. These skin-replenishing ingredients are vital to maintaining skin barrier integrity.

Hydrocortisone cream is a popular over-the-counter product for reducing itching and inflammation. Scratching your skin damages the skin barrier and makes you more susceptible to infections. If you’re wearing a Fitbit and debris gets underneath, in addition to scratching, this can increase skin inflammation.

Calamine lotion is another popular medication used to relieve itching and minor skin irritations. Consider putting this on before putting on your fitness watch.

#5 Use a Skin Diary to Track Symptoms

The best way to determine the exact cause of your flare-ups is to document. Write down your symptoms, the products you use on the irritated area, and if your skin improves or worsens with adjustments. Pay attention and note if your rash includes a burning sensation or if it’s just extremely itchy. The latter is likely an allergy and the former an irritant.

Bring your skin diary with you to your consultation, so together, we can properly diagnose and provide the right treatment for your Fitbit rash.

The only way to receive a definitive diagnosis regarding the cause of your Fitbit rash is to speak with a dermatologist. If we believe that your skin irritation is due to an allergy, we’ll perform a patch test. A fungal scraping could also be done to ensure it’s not a fungal infection.

Irritant contact dermatitis is relatively easy to diagnose and usually doesn’t require any testing. We find that most rashes heal once the irritant is removed and proper treatment is applied.

Both allergic and irritant contact dermatitis are typically treated with emollient creams and steroids. Emollient creams will relieve you of dry skin and are most effective when applied immediately after bathing. A potent topical steroid may be prescribed if other over-the-counter options have not completely cleared the rash.

Additional treatment options may include:

If you have contracted a skin rash and are an avid Fitbit user in Los Angeles, connect with us here at BHSkin Dermatology. Our team of board-certified dermatologists will closely monitor any skin wounds caused by the wearable device and help you find a solution.

Book a Consultation in Glendale or Encino

If you still have questions about the Fitbit rash, simply book an appointment with a dermatologist at BHSkin Dermatology. Our top priority is to help patients find the right treatment option so they can feel and look good in the skin they’re in.

Book the type of an appointment that suits you best.

If you'd like to be added to our database to receive emails with news about BHSkin products and services, please enter your email address below.